.
Last week I returned from a long stay at the Miami Beach condo over the holidays. I'd worked pretty hard during the semester, and was happy to do not much of anything for three weeks. All good things  must come to an end though, and it was time to get ready for the spring semester.

As usual, I left with a few days to spare, hoping to lounge around in San Diego before getting back to my obligations. It was to be an early evening direct flight back home, and with the time difference I'd be there not many hours of the day later than when I'd left Miami.

The flight was full, like most of them are nowadays, and the worker at the boarding gate asked for several volunteers to give up their seats. The benefit was a stay in a first-class hotel near the airport, and an invoice that gradually increased to $550. A guy from San Diego who'd been on a cruise volunteered just before I did, as well as a couple who'd been on the same cruise with him. There were a few other people who'd volunteered but didn't interact much with us, but as the situation became more and more comically chaotic we bantered a bit with each other.

Eventually, four different airline employees ended up huddling around the boarding gate. Over and over, they were paging an old woman in a wheelchair who'd somehow become separated from her daughter. The workers were having a hard time figuring out the final arrangements, and one of them explained to me later as I waited for the hotel shuttle that there are very definite weight restrictions for flying into San Diego's airport when the conditions are foggy. At any rate, they seemed to be having an exasperating time of it.

Everyone concerned was actually quite professional, and though the volunteers wanted to know whether they'd be staying or going home tonight, we were after all unhurried enough to be willing to stay behind. Just the same, it was obvious that the employees were getting rather annoyed with the constant complications. One, presumably the supervisor, walked out to the plane four or five times to try to make the final arrangements. He bore a vague resemblance to Marlon Brando in The Godfather, and and before you knew it several of us were snickering while gesturing and mumbling things like, "Um gunna make-um an offer they can't refuse."

Finally, just as they appeared to have things settled, an attendant who looked very much like Fredo came rushing up, pushing the old lady in the wheelchair. The Godfather, keeping his cool but obviously pissed, went back out to the place once again, and the decision was made that the poor lady was just too late arriving to be allowed to board. Naturally, she seemed quite unhappy, and Fredo morosely rolled her away.

After more delays, we received our vouchers and hotel accomodations. I spent an uneventful night in an unfamiliar part of Miami, doing nothing more interesting than walking down to a convenience store to buy a huge can of Heinekin and a small bag of Cheetohs.

Morning came, and I got an overpriced buffet breakfast with the meal vouchers. Then it was time to catch the shuttle back to the airport. As usual, I got there quite early because I don't like unexpected surprises when I travel. It rather sucked to have to go through airport security again, but even that had its humorous moments. The TSA workers were enduring the government shutdown with strained patience, repeating the same dumb instructions over and over to endless herds of passengers. One of them was guiding the dog that sniffs for whatever it's trained to find, and the worker kept announcing:

The daaawg was a light colored retriever with a friendly face. He did actually look more like a pet than a working dog, and--like the workers--would probably rather have been somewhere else.

In the waiting area for my flight to San Diego via Chicago, a youngish gal sat glued to her phone just like 99% of the people around me. Then suddenly, a big smile came to her face. A pilot, probably in his fifties, came over with a rolling cart and they embraced for a long time. Presumably, he was her father, and they were having a short visit in the departure area while each waited to take off for different places. They spoke softly, and I didn't try very hard to listen to what they were saying. Just the same, the pilot seemed a kindly person and a loving father. After he left and we began boarding, I wanted to say something to the gal, but she was again absorbed in her phone.

He'd taken off his uniform coat and hat, and hung them on the cart while they talked. I couldn't help noticing how plain the uniform seemed. It was a dull navy blue with three sleeve bars and the airline insignia or pilot's wings over the breast pocket; I'm not sure which. The hat also had a similar insignia, but none of the fancy braiding or oak leaf designs of a military officer's cap.

It occurred to me through these experiences that while everybody was doing a job, they all had a very human side to them. The flight to Chicago went fine, but the connecting flight to San Diego was among those cancelled due to the crummy weather there. Without too much complication, I was automatically re-booked due to my volunteer status apparently, and got back home without too much aggravation. I even had a genuine Chicago-style deep-dish individual pizza while waiting.

Back in San Diego around 10 PM, I made an unenthusiastic effort to use the vouchers to book my flight back to Miami for spring break. I wasn't happy with the price, and wanted to compare online. However, you can only use the vouchers to book face to face at an American Airlines office, i.e. at the airport. I got somewhat impatient with the employee, and would probably apologize to her if I saw her again... though I doubt she remembers me among all the anxious and impatient people she probably deals with on any given day.

I still had a juror's pass that I'd gotten in December, and used it to catch the bus downtown, then the old #7 which now goes only to the corner of College and University. The route, unchanged since before I was born, was finally changed last July. It's OK though. I pack light, and simply walked an extra half mile or so to get to my place. On the way, I bought another huge beer at the liquor store that's also been there forever but that I seldom patronize. I mentioned that to the guy attending, and he said it had opened in 1951. A couple of blocks later, and less than that from my place, I got a nice California burrito to complement the beer and celebrate me home. Like the Miami Beach condo, it's empty when I get there, but when I'm tired from traveling that suits me fine. 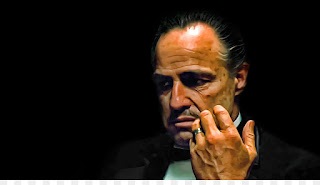 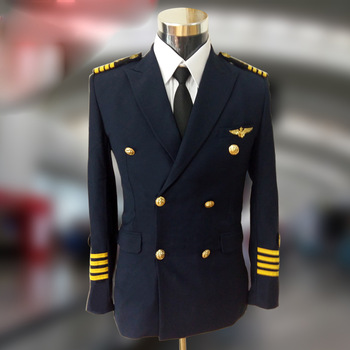 For a time, the SD Reader sponsored a monthly neighborhood blog contest. Mine won two second places, and one first place.

Those that did not win anything can be found here:


The award winners were not necessarily my own favorites, but here they are:


The original name of the last one was "Does God Live in Old Men?" For some reason, the
SD Reader changed the title when they moved it to the awards section. For some other reason, the 2012 and 2013 blogs are archived differently. You have to do a search by year, and then by month. There are a total of 37 entries in all.

Hope you enjoy these early efforts, and that you find it worth the effort to search them.
Posted by KBS at 10:40 AM No comments: